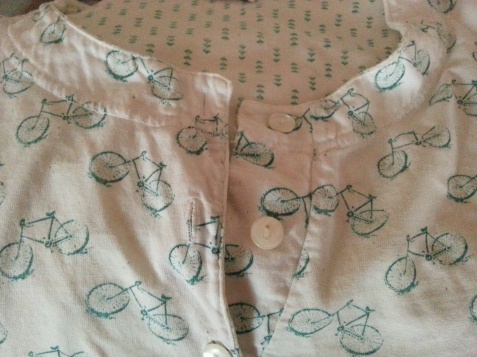 I’ve always been good about weeding my clothes closet and dresser, but part of my downsizing project this spring was to make some tough decisions on clothes I’ve been saving for sentimental reasons.

TWICE I put the bicycle nightgown in the giveaway bag.

TWICE I took it out.

Swirl back in time with me for a second.Laura, four years old, sits on the floor of the dressing room at Belks.

First  I try on a flowered nightgown.Then a white one with green bicycles racing across it.

She points to the gown above. “That one.”

About ten years ago, I turned into a pajama girl. But I couldn’t let that nightgown go. Those bicycles stayed parked in the bottom of my dresser drawer.

Then came downsizing.Then came my failed attempts to give away the nightgown in May.

Before my hysterectomy for endometrial cancer in July, I was told, “Plan to wear nothing with waistbands for two weeks.”

No pajamas, so I bought a new nightgown.The night I returned from the hospital, I put it on. Woa! Way too tight. My belly was swollen like I was six month’s pregnant. 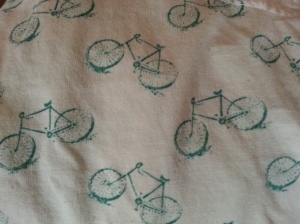 When I learned my uterus had to go, I felt such gratitude for the little girls it gave me. 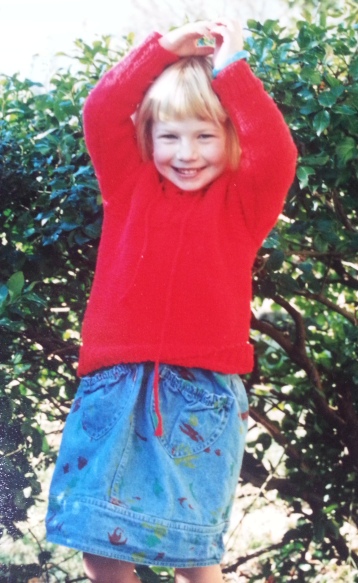 Photo: Above:  Laura, around the time she helped make the nightgown decision.